CallGenie started as a project in early 2017 to provide a way for Graham, the founder of Smart Life Solutions, to make Skype video calls to his elderly mother, who suffered with dementia and mobility issues. CallGenie’s evolution can be found in Graham’s personal blog:

Graham’s mother wasn’t accustomed to using technology to communicate, which is the case with many elderly people. She could use a phone and the remote control for her television. However, mobile phones and tablets were left in drawers, with no charge. Graham, therefore, decided to draw on his IT background. Graham was convinced that in amongst the extensive emerging smart home technologies there would be a solution.

Graham decided early on that his mother’s television was going to be the display and speakers for CallGenie. Graham’s mother spent a significant portion of her day sitting in front of her television. This is the case with the majority of elderly people.

The main components of CallGenie started to come together, an inexpensive Mini PC, a webcam and Skype. The next thing to do was to find a way to control the television from the Mini PC. After experimenting with a number of smart home solutions, including the Logitech Harmony Hub, Graham integrated HDMI-CEC into CallGenie. This was a game changer as HDMI-CEC enables CallGenie to know what state the television is in before a call. It also means that CallGenie can return the television to its original state after a call. This is key, for an elderly person, who might struggle to understand that they needed to switch inputs on their televisions.

CallGenie Appliance – Skype for the Elderly

CallGenie finally became a product in the summer of 2019 and we took on our first customers in the United Kingdom and Norway. Initially, we shipped a Harmony Hub with CallGenie as an option for sending infrared commands to a television that didn’t respond to certain HDMI-CEC commands. The Harmony Hub was replaced by the Flirc USB IR Receiver later in 2019 and it is now shipped with all our appliances.

Interest in CallGenie increased exponentially in March 2020 at the start of the Covid 19 pandemic in the United Kingdom. We have now shipped CallGenie appliances throughout the United Kingdom to customers with elderly relatives living in their own homes as well as in care homes. 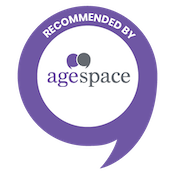